Duplex Up for Historic Designation But Developer Disagrees 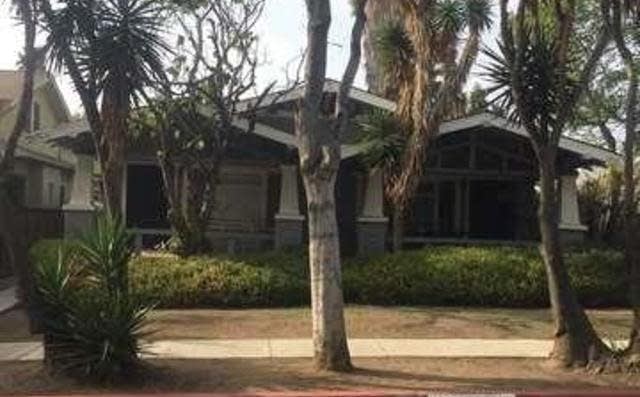 The WHPA is seeking help from members and the public to designate as a local cultural resource the rare 106-year old craftsman duplex at 1251 N. Detroit in West Hollywood.

City staff, the Historic Preservation Commission, and the WHPA all support this designation. But one outside developer opposes it and has filed an appeal which we hope the City Council will deny and then approve the property as a local cultural resource.

Here is the official statement from the WHPA to the City Council:

The West Hollywood Preservation Alliance (WHPA) urges the City Council to deny the appeal regarding 1251 N. Detroit and to adopt the Historic Preservation Commission’s recommendation that this distinctive 106-year old craftsman duplex property be designated as a local cultural resource.

WHPA has reviewed the 3 different Historic Resource Assessments (HRA) as well as the Aug. 30, 2018, peer review memorandum from Chattel, Inc. The Chattel review ultimately supports the thorough April 2017 HRA prepared by Leslie Heumann and attests to discrepancies and oversights in the succeeding Brooks HRA (July 2017) and the Kaplan Chen Kaplan HRA (Dec. 2017).

The staff report ultimately prepared for the HPC hearing on Oct. 28, 2019, confirms that the recommended designation meets historic preservation criteria in the municipal code. Particularly noteworthy is that “The building retains sufficient levels of all seven aspects of integrity and continues to convey its historic significance” (Staff report, Page 6 of 7).

Furthermore, quoting from the Leslie Heumann HRA, staff reemphasizes that the building is “one of the few remaining examples in the City that embodies the character-defining features of the Craftsman style that was once dominant in West Hollywood residential development during the first two decades of the 20th century….It is also a rare example of a Craftsman duplex in West Hollywood, a property type not abundantly built, and the survival of one with its character-defining features intact is noteworthy” (Staff report, Page 7 of 7)

A previous effort to establish a thematic district of 30 early 20th century homes in the area of Curson/Lexington/Norton did not come to fruition. But by denying the current appeal and by designating this one rare craftsman duplex, the City Council can reconfirm its commitment to historic preservation on the city’s Eastside.