A “Historic District” is a designation of a group of buildings, sites, spaces, or structures that are related to each other by historic or architectural significance. The buildings are often clustered in close proximity to each other. Individual buildings within a district do not need to be highly significant on their own. The area’s overall cohesiveness, uniqueness, and architectural integrity are what matters. There are 3 types of district designations: National, State, and Local. West Hollywood has a number of locally designated historic districts and one National Register district. 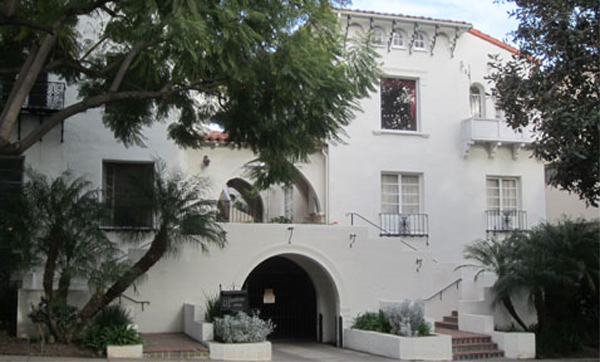 Excellent examples of period revival styles built in the 1920’s and 1930’s are found in this historic district designated in 1992, encompassing six buildings on North Harper Avenue, as well as Patio del Moro and Four Gables on Fountain Avenue. The presence of the growing, early motion picture industry encouraged the creation of elegant apartment buildings that attracted Hollywood stars. Among the first designed to accommodate automobiles, many were built around courtyards, adding to their European charm. 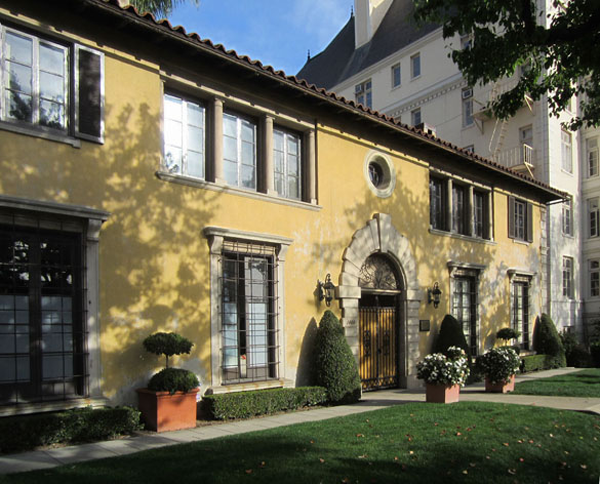 Historically patterned after Spanish architecture, the courtyard style of multi-family dwellings was well-adapted to Southern California’s mild climate. While the rapid growth of Los Angeles in the 1920’s created an increasing demand for housing and a need for higher density development, this design gave apartment dwellers the feeling of having a landscaped garden. Varying revival styles used the courtyard premise, each enhanced with carved features, tile and ironwork. This district is located in West Hollywood’s Center City, from North Laurel Avenue to La Cienega Blvd, north of, and including Fountain Avenue. 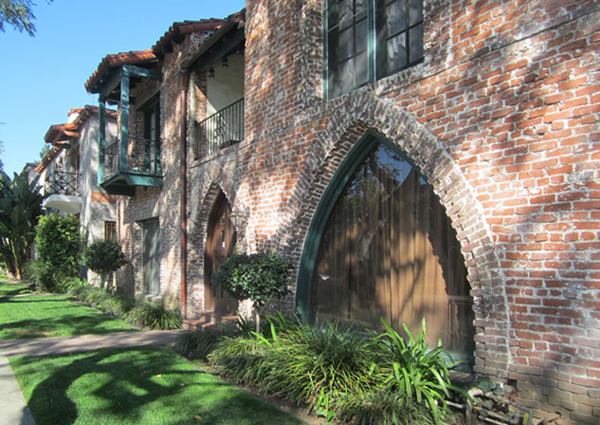 Five two-story brick buildings inspired by the Andalusian region of Spain line North Vista Street on the western border of Plummer Park. They were built in 1929 and 1933 on parcels of land purchased from Col. Eugenio Plummer in 1929. The land had been part of the original Rancho La Brea. Wood balconies and shutters, red clay tile roofs, arches and small towers are character-defining features.

One of the most prominent residential styles in Southern California, the Craftsman bungalow replaced the hip-roofed cottage as the preferred housing type in the early 1910’s, in the original town of Sherman, as well. Porches, large windows and ample garden spaces joined the modern features of driveways and garage for automobiles. These bungalows combined simplicity with an emphasis on nature. There are only five designated in this district, on Hancock and Palm Avenues and a dwindling number of others in close proximity.

On Holloway Drive sit four rare examples of commercial buildings designed by early Modern architect Rudolph Schindler. They were built in 1937 and 1946 for William Lingenbrink, a real estate developer and early patron of Modern architecture. 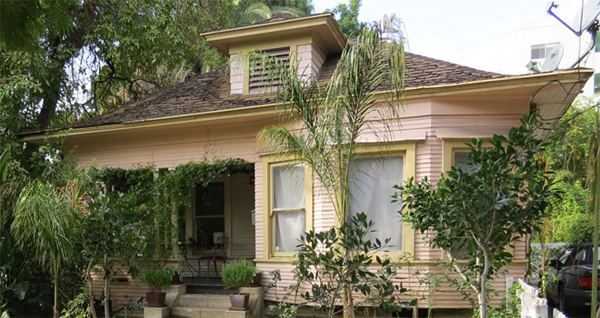 The buildings in this grouping are among the first residences of the Town of Sherman. The simple buildings in this district formed the residential community from which West Hollywood developed and were homes to the City’s very first residents. They possess common architectural elements including: hipped roofs, narrow wood clapboard siding, simple endboards and window trim, extended eaves that are either boxed of have decorative brackets, and porches