The First West Coast LGBT Site To Be Listed on the National Register Of Historic Places Will Be Decided On July 29, 2016 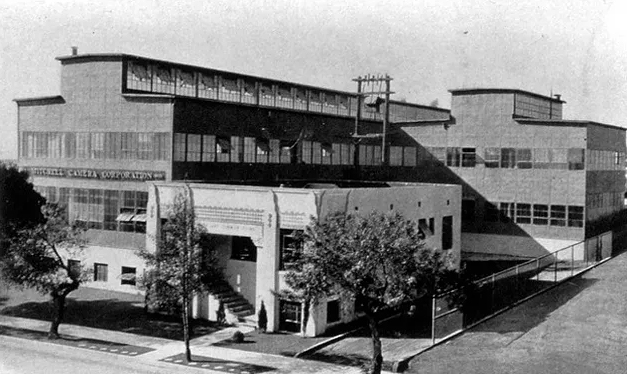 Letters of support are needed now!

The Factory building, known for its importance in filmmaking history and LGBT history, was nominated by local residents Kate Eggert and Krisy K Gosney of the West Hollywood Heritage Project (WHHP).

“Letters of support help show the community interest in the nomination,” said Kate Eggert, “so we’re asking people to send an email to the California Office of Historic Preservation expressing support for The Factory building’s nomination for its Hollywood history and/or it becoming the first West Coast LGBT site listed on the National Register of Historic Places.”

So please send an email to let the Office of Historic Preservation know you support The Factory’s listing on the National Register of Historic Places for Mitchell Camera Corp and/or Studio One/Backlot.

“At The Factory, Mitchell Camera designed and made cameras that revolutionized filmmaking and gave rise to a new film artist – the cinematographer,” said Kate Eggert, “Orson Wells’ cinematographer Gregg Toland consulted at The Factory on the camera that he would use to shoot Citizen Kane.”

In 1974, optometrist Scott Forbes opened Studio One at The Factory. The disco filled a vital community need: it celebrated sexual freedom for gay men. Most gay bars at the time were in small, unremarkable buildings. At Studio One, over a thousand people packed the dance floor every night and the line to get in trailed down Santa Monica Boulevard for blocks.

In 1984, the first major AIDS fundraiser happened at Studio One for AIDS Project Los Angeles; despite having been a celebrity hang-out for a decade, no celebrity would participate in the fundraiser except for Joan Rivers. Rivers said she received death threats.

“Joan Rivers was, up until that point, the only person who ever did anything to raise money to help fight AIDS or help people with AIDS. There were no drugs, the only thing you could do is help them, comfort them during dying. It was all they could do…raise money for hospice,” said Lloyd Coleman, CEO of Rocket Entertainment, the company that produced the shows at the Backlot Theatre.

“We’re so excited that the nomination hearing is coming soon. It’s a very big deal!” said Krisy K Gosney, “We feel honored to hopefully bring the prestige of the first West Coast LGBT National Register listing to West Hollywood, and to honor this place that was pivotal to film history and to gay rights and the gay community.”

West Hollywood Heritage Project (WHHP) was founded in 2015. WHHP’s mission is to promote, honor and preserve West Hollywood history and its built environment through activism, advocacy, research, social media, education and entertainment. WHHP is newly-formed, however, founding partners Kate Eggert and Krisy K Gosney (under the name Dead History Project) have been doing historic preservation since 2012.

WHHP also manages the facebook pages Save the Factory West Hollywood, and Save the SMB Streamline Moderne.