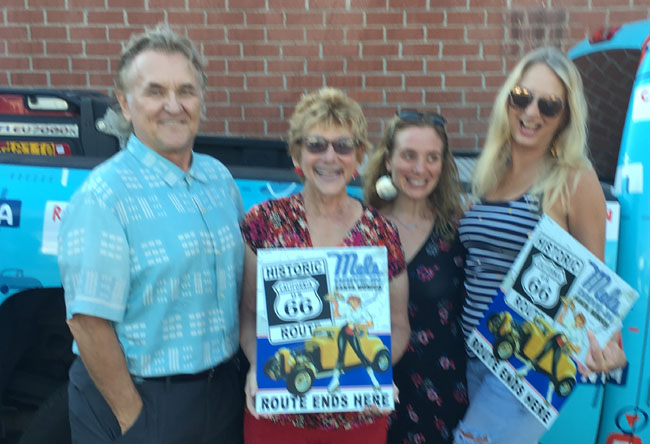 It’s with great sadness to write to you that Lyndia Lowy, a West Hollywood native and a Founding Board Member of the West Hollywood Preservation Alliance, passed away Sunday evening, Dec. 30, after a courageous three-year battle with cancer. Long involved in county-wide cultural affairs and historic preservation, Lowy, 69, graduated from Fairfax High School, the University of California at Berkeley (B.A), and George Washington University (M.A.) She was a long-time docent at the historic Gamble House in Pasadena, served as WHPA’s Board Secretary, sang with the Hollywood Master Chorale, was a member of the City of West Hollywood Women’s Advisory Board, and served as B’nai B’rith Western regional coordinator.

In the effort to preserve West Hollywood Plummer Park’s Great and Long Halls and its surrounding urban forest, Lowy testified how important these buildings were to the community, recalling how “My Mother used to wheel me in a stroller through that park and into those historic buildings!”

One of the last preservation events Lowy attended was a celebration of historic Route 66 on Aug. 3 in Santa Monica. The photo above shows Lyndia (second from left) with WHPA colleagues Victor Omelczenko, Amanda Bleich, and Lisa Koers. Her survivors include son Matthew and daughter Stephanie, several grandchildren, brother Arthur Rubinstein, and many, many friends. Funeral services are pending.