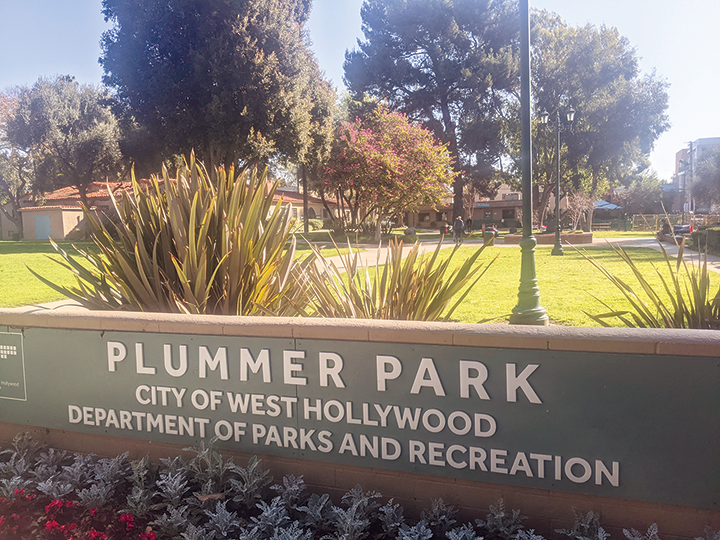 The West Hollywood City Council voted on Feb. 16 to confirm the $9.5 million cost for upgrades to Plummer Park, setting in motion long-awaited plans to upgrade the historic park on the city’s eastside that could start with improvements to the halls and the addition of a dog park.

The item, which was approved unanimously without discussion as part of the consent calendar, directed staff to confirm the costs for the project using redevelopment bonds, while also asking staff to return with further direction.

WHPA statement to the council on Plummer Park follows:

The West Hollywood Preservation Alliance (WHPA) supports Item 5.A. on “Plummer Park Upgrades” initiated by Mayor Pro Tempore Meister and Councilmember D’Amico, and urges your full support of this item which certainly conforms with “Vision 2020” and the goals of the “West Hollywood General Plan” as outlined on Page 2 of the staff report.

However, WHPA would like to point out that this item of new business also is consistent with meeting the “Vision 2020” Ongoing Strategic Program (OSP) of:

OSP-8: Enhance the Cultural and Creative Life of the Community (because the proposed upgrades at Plummer Park relate to the City’s Cultural Heritage and Historic Preservation Programs).

In addition, the WHPA sees this item as compliant with the following goals of the West Hollywood General Plan:

The community group Protect Plummer Park and residents throughout the city were instrumental in ensuring that Great Hall/Long Hall became listed on the National Register of Historic Places, and their efforts helped to establish the West Hollywood Preservation Alliance.

With federal recognition already bestowed on Great Hall/Long Hall, the WHPA believes that now would be a good time for the City Council to also start thinking about meeting another General Plan Goal:

HP-2: Continue to identify and evaluate cultural resources, and HP-2.2: The City should seek designation of eligible properties as West Hollywood Cultural Resources and/or Historic Districts.

The WHPA urges the City Council to proactively initiate the process to designate Great Hall/Long Hall AND Fiesta Hall in Plummer Park as LOCAL CULTURAL RESOURCES in our city — much like the City did with the local designation of the historic Formosa Café. The City should be able to complete such designations relatively quickly.

Thank you for your support of historic preservation.