On March 17, the WeHo Planning Commission will consider upzoning these two historic cul-de-sacs — the last streets in West Hollywood zoned only for single-family homes. The homes retain fine integrity, still conveying the periods in which they were built – the late 20’s for Betty Way’s Spanish bungalows and the early 40’s for Greenacre’s pre-suburban style homes.

‘Save Our Neighborhoods’ Flyer

For more information, see this flyer, “Save Our Neighborhoods: Save Greenacre Ave & Betty Way from SB 9 Lot Splitting!” [PDF]. 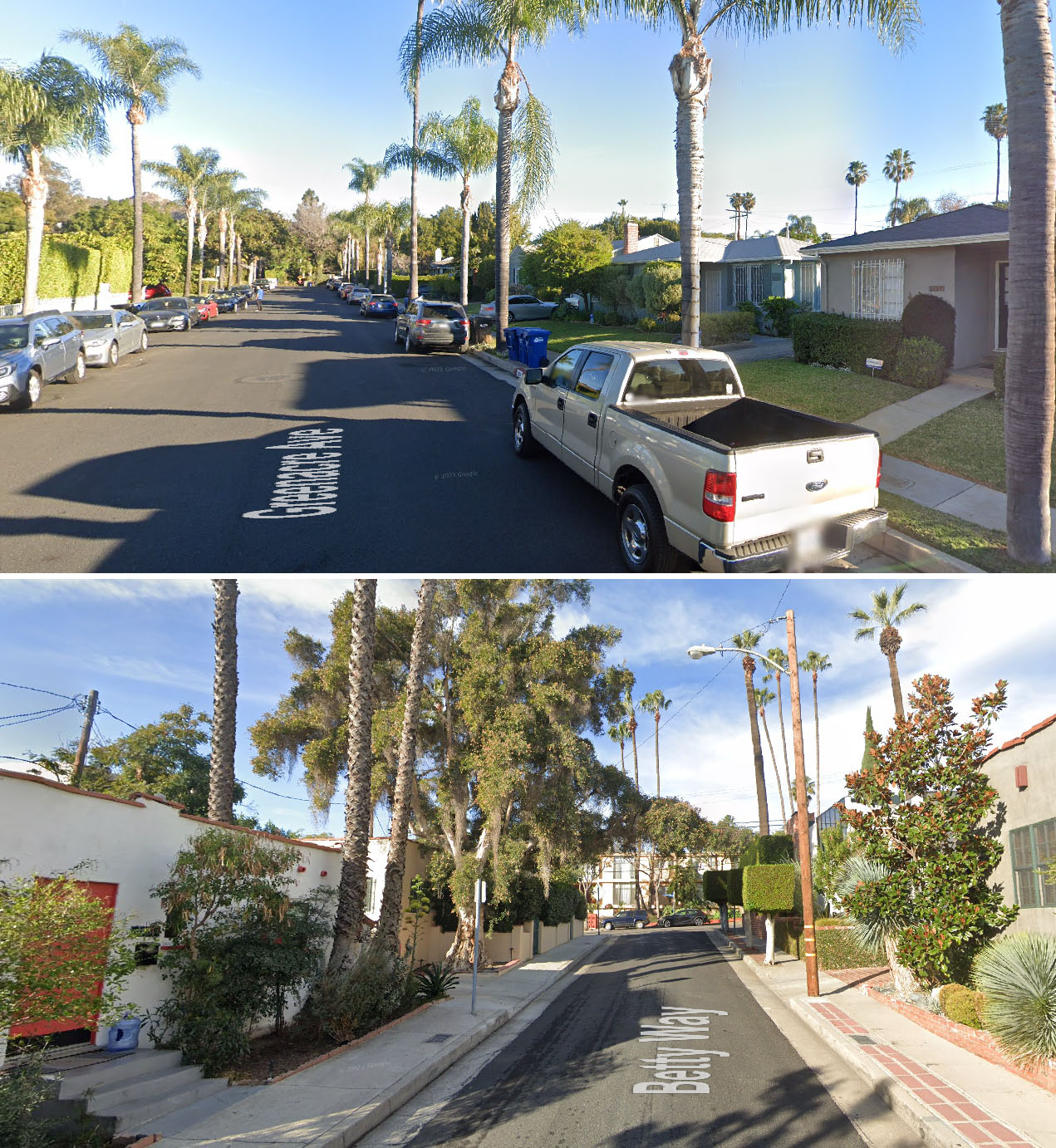 WEHOville.com: “WeHo’s few remaining cul-de-sacs may be opened up for development, possibly squeezing out the historic single-family homes that currently stand there. The Planning Commission is looking at rezoning Greenacre Avenue and Betty Way to allow owners to subdivide each single-family lot equal or greater than 2,400 square feet into two lots. They can then have two dwelling units on each site.
The move is in response to California Senate Bill 9, which gets rid of R1 single-family zoning. California has told WeHo it needs to add another 4,000 residencies by 2029.”

WEHOville Op/Ed by Michael Poles: “Greenacre was developed from a Japanese Nursery by the Federal Housing Administration (FHA) and subdivided into some thirty-six (36) homes that maintain a unique low-density residential street for families to prosper. Eighty (80) years of history that is about to be eradicated with newly up zoning and the splitting of single-family homes where families thrived for more than eight (8) decades. ”

Video of Drive down Greenacre Avenue