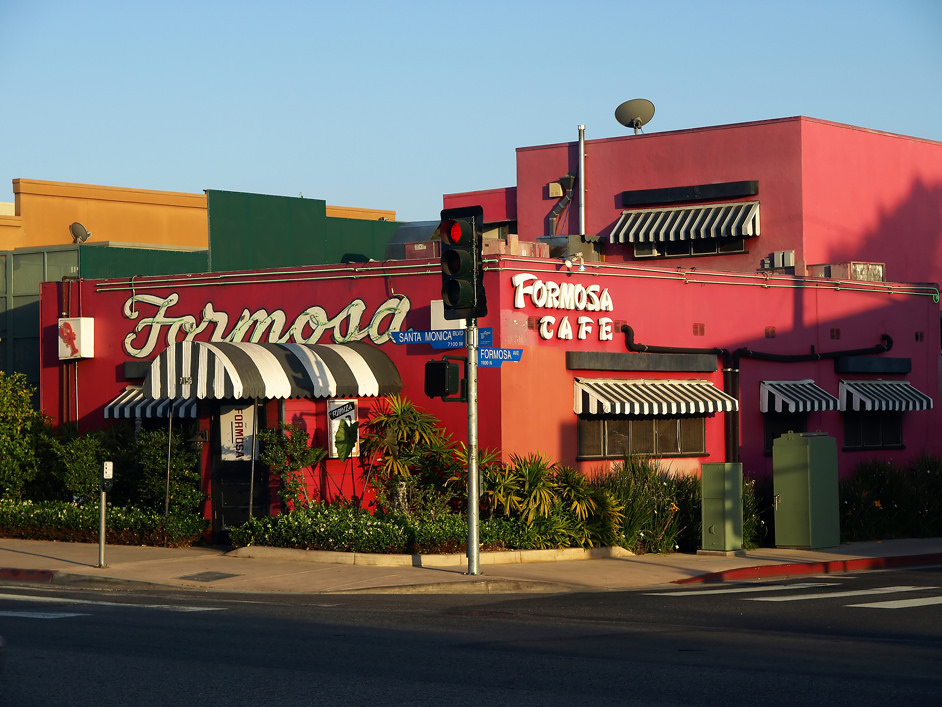 “We’re happy to have the preservation year start off on such a fine note. Now, it’s up to the City Council to give its official approval,” Omelczenko said.

“The West Hollywood Preservation Alliance finds it very exciting to have the HPC finish what the Cultural Heritage Advisory Board recommended decades ago in designating the Formosa Café a local cultural resource,” WHPA board member Roy Rogers Oldenkamp said to WEHOville in late January. “WHPA would like to give a shout out to historian Stacy Failing, who befriended the owners and persuaded them to save former owner Jimmy Bernstein’s and subsequent owners’ many headshots of celebrities who dined there over the years.

“Because of Stacy, we have the original menus ,many intact furnishings, even the Chinese lanterns over the banquettes, all save one that virtually disintegrated when taken down.”